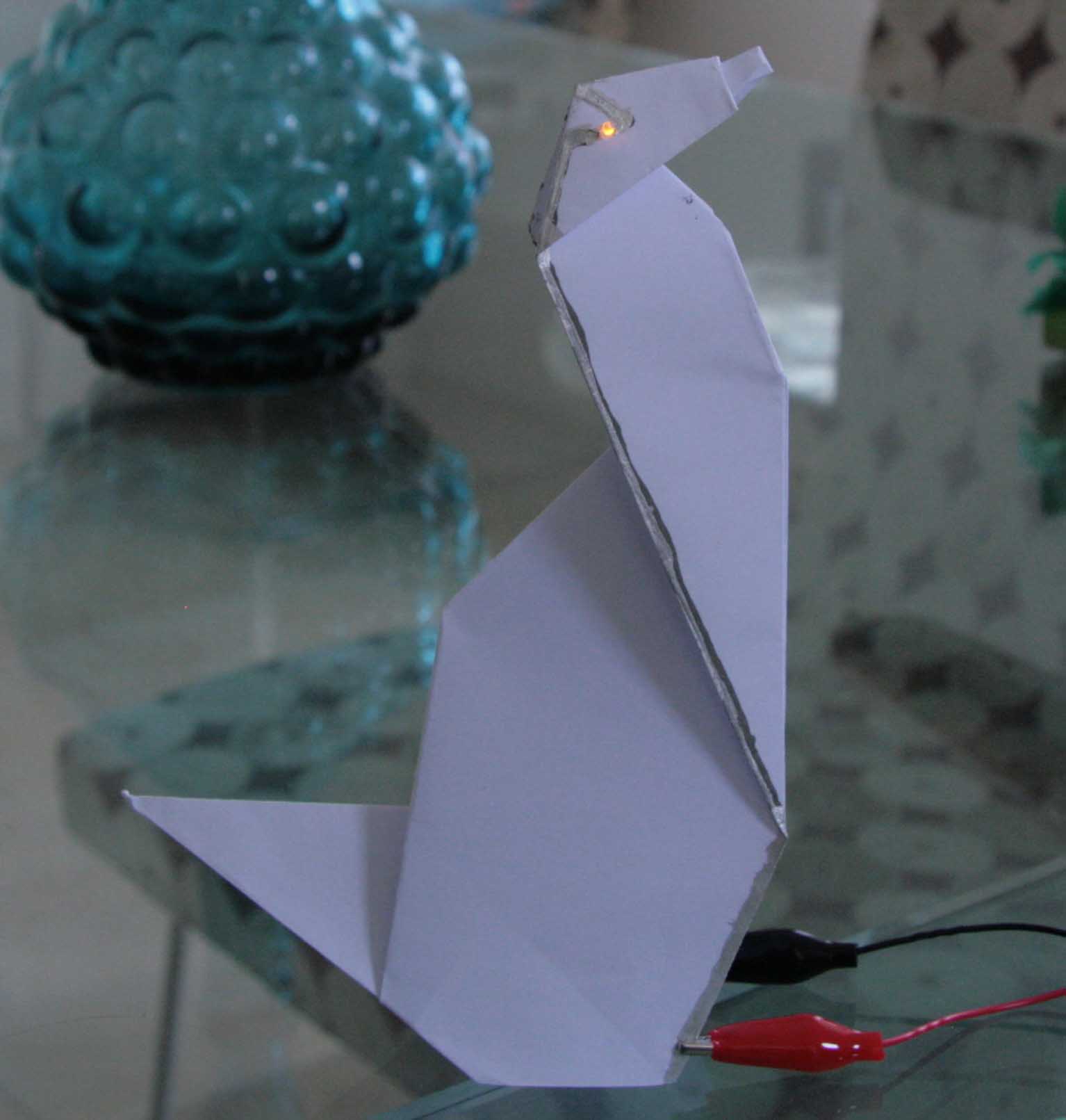 A few weeks ago I spotted an article on Paper Circuits at Evil Mad Scientist and I thought something similar would make a nice project to do with my kids.

I’m always looking for an excuse to try some interesting kit so the idea of using a conductive paste to make the circuit appealed a lot and it also allowed a bit of experimentation with surface mount LEDs too.

The parts needed are pretty cheap – total cost under £5 (the list of parts we used is at the bottom of this post) and the main cost is the silver paste and we only used a tiny amount of that so there’s enough for lots more experimenting.

I thought it would be fun to make an animal with light-up eyes and found an origami sitting dog pattern as a starting point.  We made the dog from a cut-down A4 sheet – so I guess it was 210mm square to start – it sits about 15cm tall when folded. 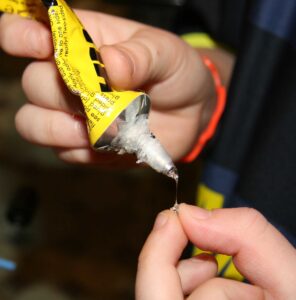 I got my son Joe to fix an LED where the eye would go. Putting glue on the tiny LED was pretty fiddly but Joe’s 6 year old hands seemed ideal for the purpose.

We then painted some of the silver paste down the creases in the pattern – putting extra on the folds to ensure a connection round the corner. You can probably see from the image that we started with a different type of conducting paste – a Nickel PCB repair pen which produces a darker line – but that didn’t work as well as the silver paste that we painted on subsequently.

When it had dried we connected the battery pack and, lo, the eye lights up (we only did one side initially but we have worked out how to wire up both sides now)!

Note that you may need to get the battery the right way round as the light source is a diode (LED) and only works one way. It shouldn’t damage the LED if you get it the wrong way – it just won’t light up – so try it the other way round. If it doesn’t work with the battery either way round then check the silver traces and re-apply some silver paint if the traces are thin or you are going round corners.

I later measured the resistance of the silver line traces with a multi-meter and found that each is just under 100 ohms. Hence the eye being a little dimmer than might have been expected but perfectly workable in moderate light. 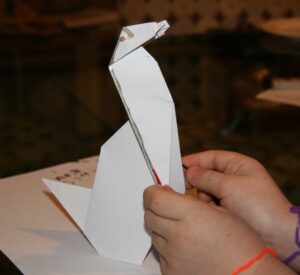 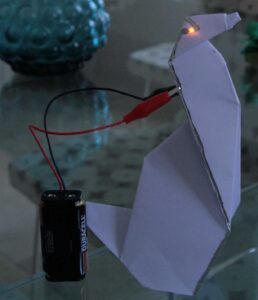 To get started these are the bits I ordered – from Rapid Electronics in the UK:

Maybe someone could have a go at an “light-up origami fortune teller”?