I love Kickstarter and have backed a lot of things on there, one or two of which have been great. But often the projects take longer than expected to complete and are a little underwhelming when they finally arrive.

I’ve noticed recently two pancake printers (here and here) on Kickstarter and, this time, rather than backing the one that is actually a product (is $299 really a reasonable price for a printer of pancakes?), I thought I’d have a go at making one.

Rather than go for a conventional XY plotter (which wouldn’t work well with a conventional pancake pan on a hob) I’ve been looking at SCARA robots like the one using in this great project.  SCARA robots are more like human arms working in a horizontal plane. The Plotclock uses two arms working together to hold the marker – so a bit like holding your hands together and using your shoulders and elbows to draw with a huge pen. 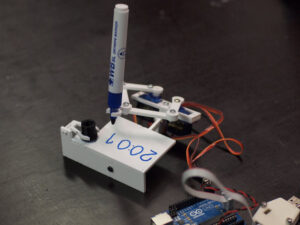 To make a start I decided to simulate the area that I could draw with this kind of robot using D3. I started with a nice simulation showing the relationship between a circle and a sine wave. 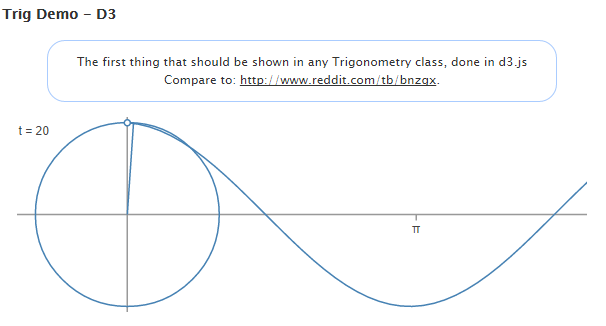 And I made my own simulation of a SCARA robot on JSFiddle.